Gloucester determined to toughen up for clash with Italian visitors Zebre 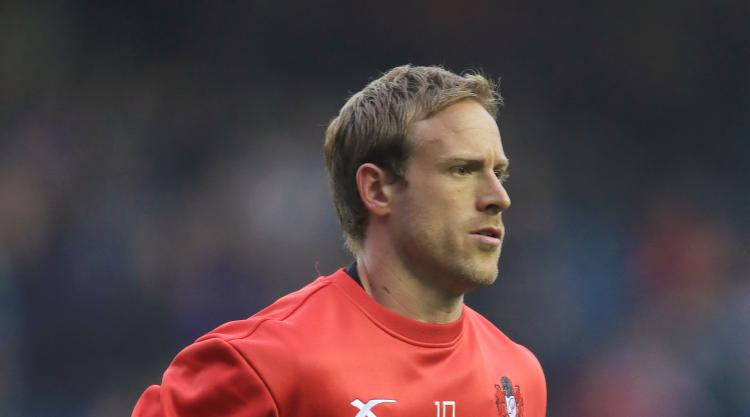 Gloucester backs coach Tim Taylor expects another tough European Challenge Cup clash against Zebre but wants a more physical approach from the home side at Kingsholm.

Ollie Thorley scored a try in each half as Gloucester came from behind to claim a 33-26 bonus-point win.

"We knew Zebre was going to be a tough game over there. They perform well at home and they have adapted their game over the last year or so. They keep the ball alive and have a good offloading game," Taylor said.

"They carried hard. I don't think we physically fronted up as we had done in previous weeks and they got a lot of front foot ball.

"Also in attack we didn't carry hard enough and we weren't physical enough at the breakdown so we have been doing a bit of work on that this week to get the momentum moving forwards."

Taylor does not expect the Guinness PRO14 side to be a walkover, and added on Gloucester's website: "We played Zebre at home two years ago and scored three tries in the first half and none in the second half so it's going to be a tough old game and we've got to front up physically this week."

In Pool Four, third-placed London Irish host second-placed Stade Francais and will hope to bounce back after the 50-20 mauling by Edinburgh last Saturday.

Irish won the reverse fixture 44-7 in October and b ack-row forward Conor Gilsenan said: "Stade are a quality outfit and we'll need to be at our very best for the full 80 minutes if we are to record back-to-back victories against them.

"They have a rich tradition in Europe and they will undoubtedly be itching to get their Challenge Cup campaign back on track. If we play like we did against them in Paris, then we will do well."

Elsewhere on Saturday, Connacht host French side Brive, who they defeated 38-31 at Stade Amedee-Domenech last Saturday.

Connacht were given a boost this week after Ireland scrum-half Kieran Marmion extended his contract with the province.

Connacht are in pole position in Pool Five with 14 points after three wins and two bonus points and backs coach Nigel Carolan thinks consistency in performance will be key when Brive travel to Galway.

"We can't afford to be complacent. On our trips to Cardiff and Zebre, we failed to spark, but at home, certainly in the latter stages of the first block, we were good," he told the Irish Times.

"The most important thing for Connacht is consistency. When you can go out and beat Munsters and Cheetahs, and then drop your standards.

"Hopefully the game against Brive is like Oyonnax in the first block. That kicked us off to a run of four wins and hopefully Brive can do the same. We have some games coming up and that level of consistency is really important."