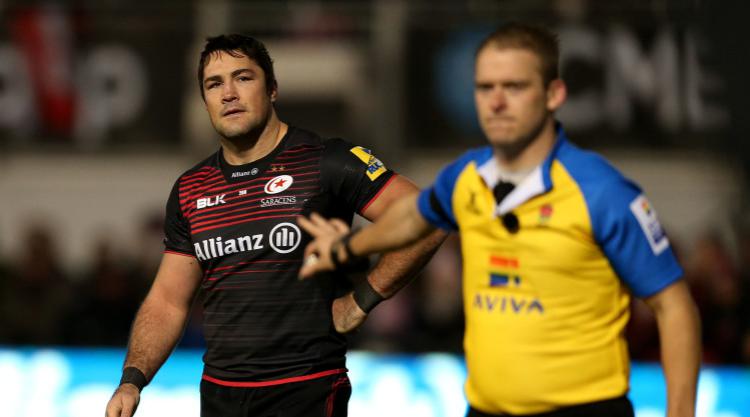 Saracens must look to revive their season in Sunday's Champions Cup clash with Clermont while in the midst of a full-blown injury crisis.

Club captain Brad Barritt and scrum-half Richard Wigglesworth have been ruled out of the trip to the Stade Marcel-Michelin where Mark McCall's men are seeking to halt a run of six consecutive defeats culminating in Monday's record 46-14 rout by the French giants.

Barritt is unavailable due to concussion and Wigglesworth is sidelined for up to eight weeks because of a hip problem, both injuries sustained in the first half of the six-try evisceration by Clermont.

Director of rugby McCall insists the inquest into the collapse of the postponed fixture at Allianz Park - possibly the club's worst moment in European action - has been calm and measured.

"We are not a club that overreacts, but neither are we a club that sweeps things under the carpet either," McCall said.

"Having that simplicity and that clarity is important. The players are right behind it. It's been calm and it's been balanced."

Harlequins are missing England internationals Chris Robshaw, Danny Care and Joe Marler as they shuffle through the dying embers of their Champions Cup group campaign.

Robshaw and Care are out through concussion and Marler has an unspecified knock, contributing to the six changes made for Friday's visit to Ulster where they will seek a first victory in Pool One knowing they are already unable to qualify.

"We were extremely disappointed to lose to Ulster at home last Sunday, ending our chances of reaching the quarter-finals," director of rugby John Kingston said.

"That said, we are really looking forward to the return match and will be demanding a positive performance ahead of our return to the Premiership."

Ulster, who sit second in the pool and need a win to keep up the pressure on leaders La Rochelle, give a start to openside Chris Henry and replace hamstring-injury victim Tommy Bowe with Louis Ludik.

Newcastle will look to cement top place in Pool One of the Challenge Cup when they travel to the Dragons while Worcester attempt to keep alive their last eight prospects at Oyonnax.